It is currently High noon! A week has passed, since the incident in the bar with the injured girl. Happenings around town have been slow, and some town-folk have seemed to have disappeared.

Q: What stores are open/closed?
Q: Are there any job openings?

Akers Bluff:
Help is always needed by local tradespeople - ask in the accordant shops or get a list of jobs going at the Governor's office.

On Ships:
The Prinz Eugen is seeking new members! Troopers, a Doctor, Medic, Engineers, or anything that would fit in with the ship and its crew. Check out the MotD and feel free to email either the SL, Misty Diamond or the CO, Bill Greene if interested!

Q: What is the currency exchange rate? 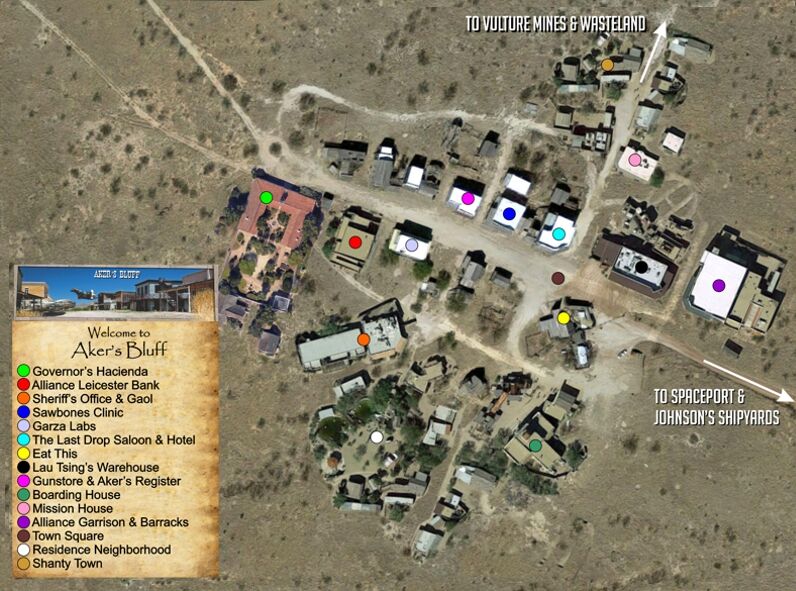 Q: What is Akers Bluf AWOL policy?
Q: How can I chat with my fellow gamers?
Chat with other members on Discord: click me!
Akers BLUFF News Archive


A Guide to Akers Bluff

The Roster of Akers Bluff